A new version of Monthly Archive - Joomla! component and module has been released. 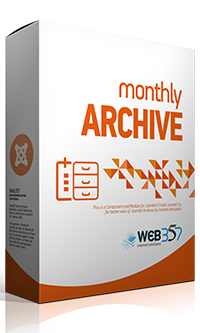